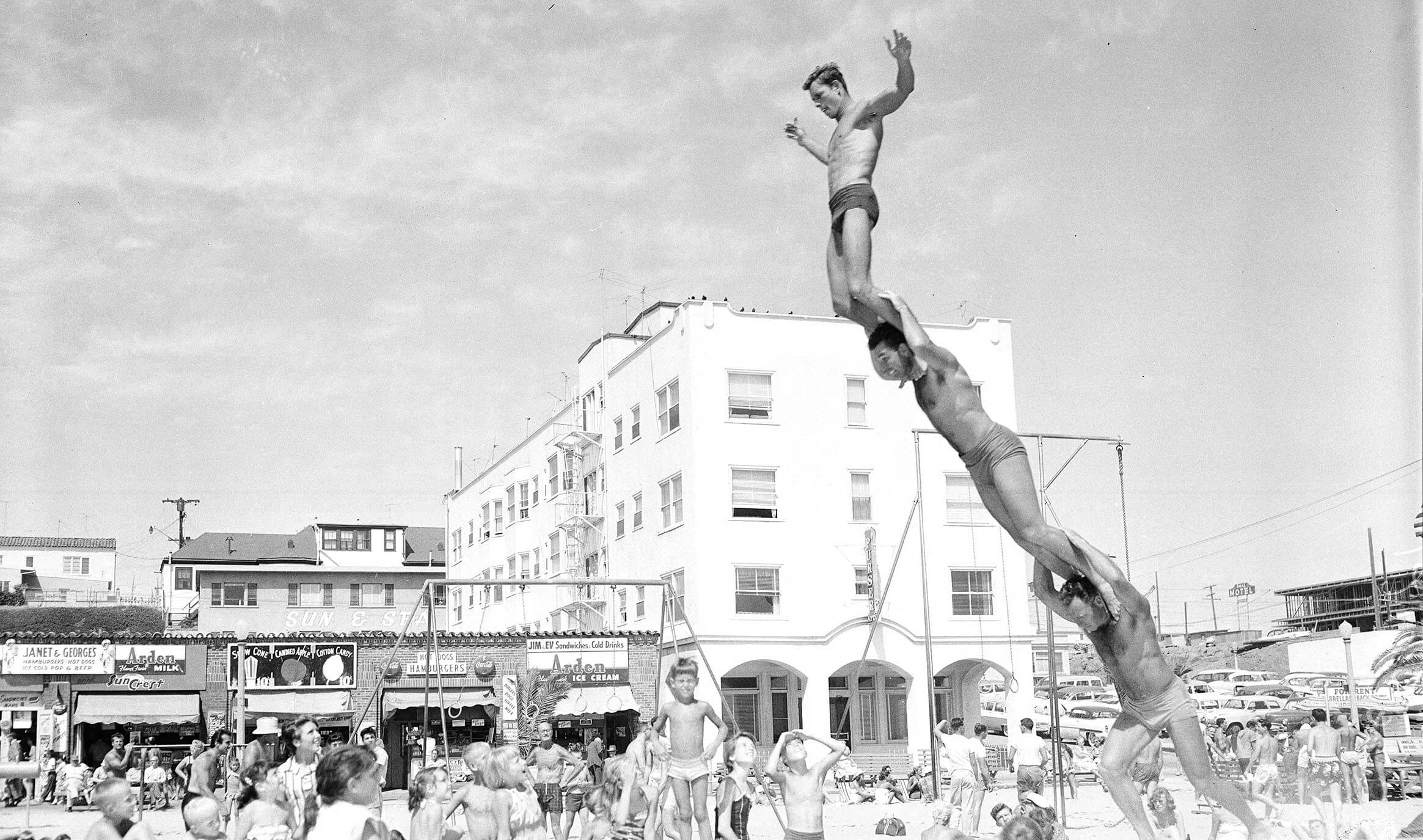 A LIVING HISTORY:
THE PURSER ON THE BEACH

The Purser is an established and familiar visual feature of the seafront landscape, which was once the “Atlantic City of the West” with its burgeoning recreational activities on Santa Monica beach from the beginning of the twentieth century.

The Purser was developed by William E. Porter in 1912 as an Apartment Hotel to be constructed in Seaside Terrace for W.E. Porter. The then 65-room building was constructed by Marcus Campbell and completed in 1913. Ownership of the property transferred during construction from Adella P. Porter to Idella Dotter Purser. Hence the name, The Purser. The Purser opened in May 1913 “with a musical concert in which a number of Pasadena and Los Angeles notables will appear. Frank L. Taylor will give a reading and Franklyn Cole, the baritone, will be heard.”

Contemporary advertisements in The Los Angeles Times and other local papers included:

The Purser appears to have maintained a consistently full occupancy, largely middle class professionals living and working in Santa Monica and Hollywood. However, residents do not appear to have stayed for any particularly long period of time. Some notable residents were film stars William Duncan, Charlie Chaplin, Henry Houdini and Stan Laurel as well as local socialist politician Luella Twining. 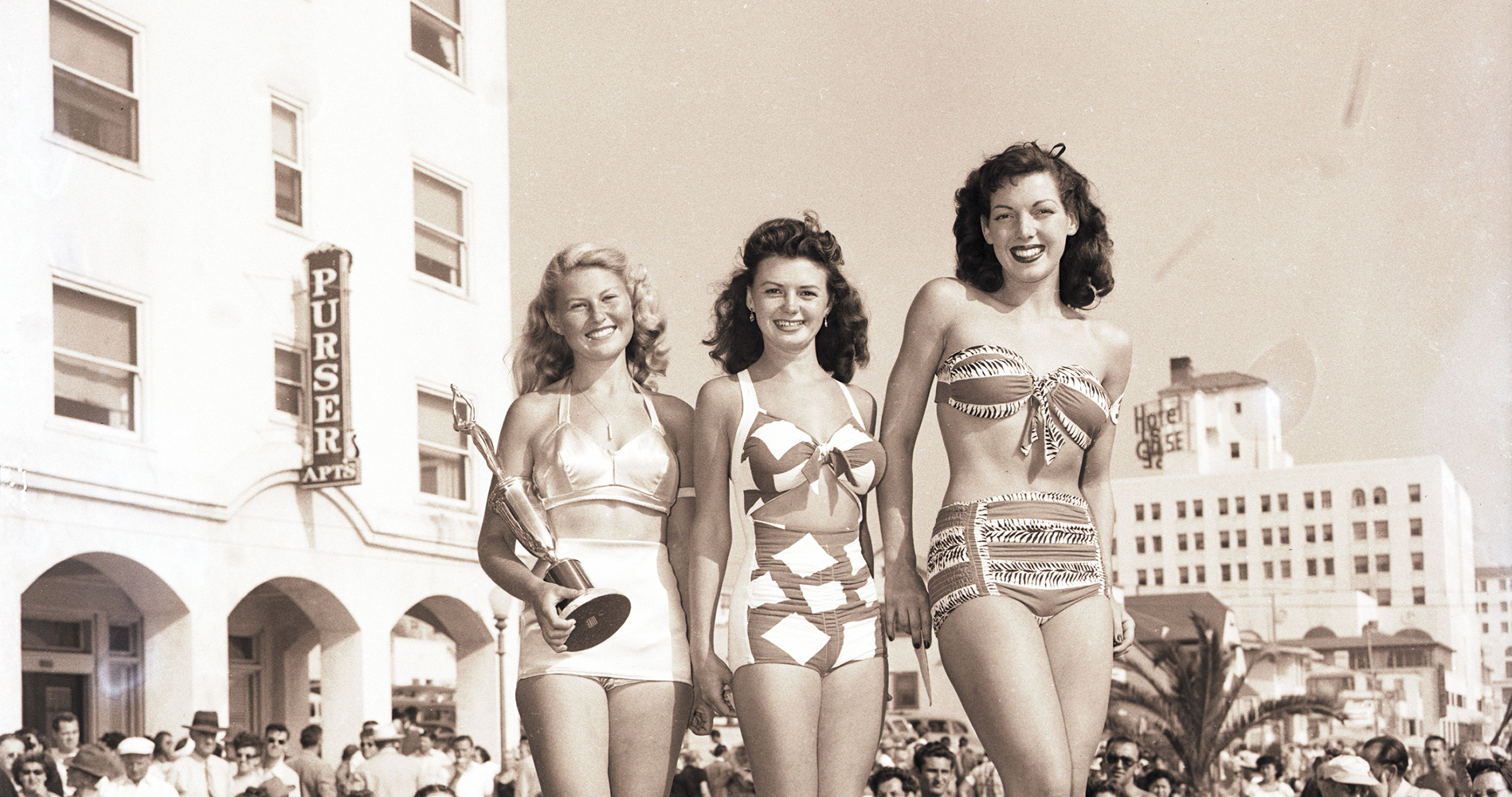 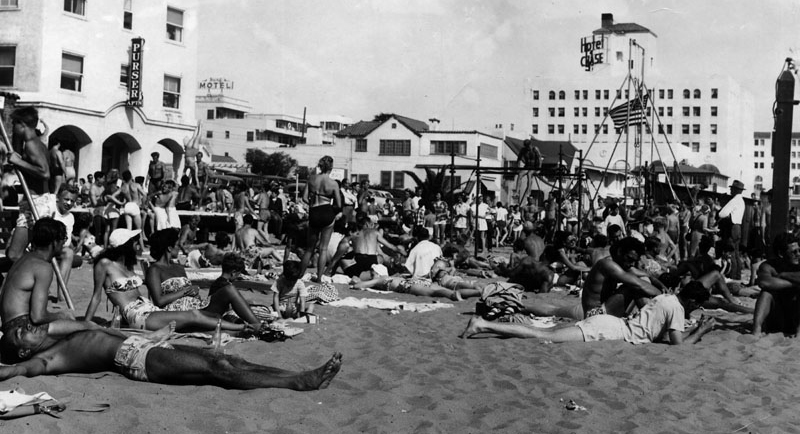 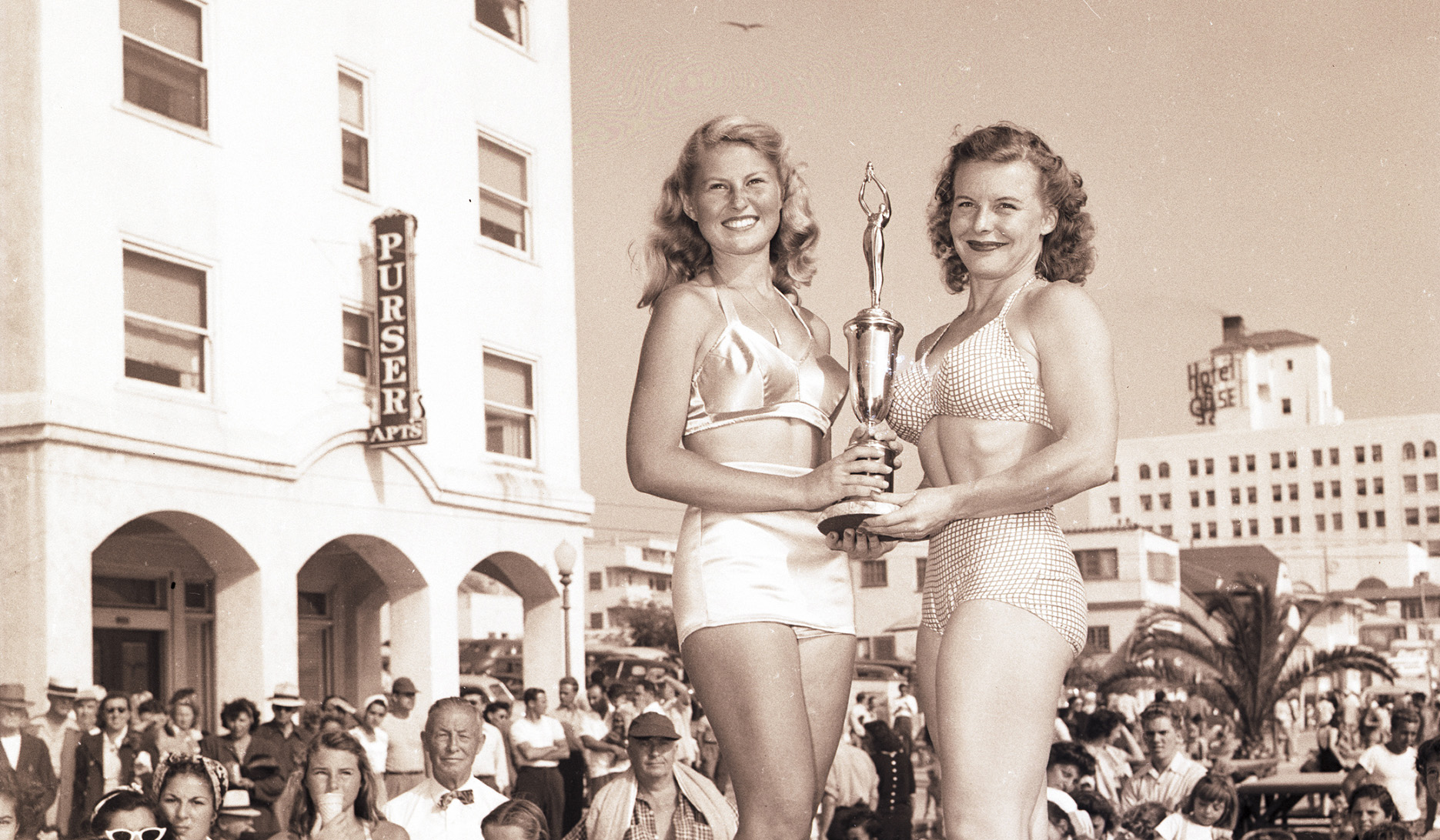 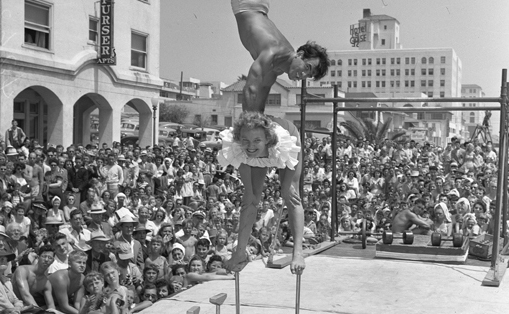 Entertainment from the Santa Monica Pier spilled over to adjacent beach areas. One of the most popular attractions along the beach, immediately south of the Santa Monica Pier and in front of the Purser, was the original “Muscle Beach.” The Purser was the backdrop to Muscle Beach, appearing in nearly every photograph of athletes performing acrobatic stunts along the famed stretch of sand. Muscle Beach started as a tumbling platform in 1934 with children’s rings and parallel bars near a playground. Gym teacher Kate Giroux is credited with convincing the City of Santa Monica to set up the equipment. Around 1935, the City of Santa Monica hired University of California CLA coach Cecil Hollingsworth to teach gymnastics. A new platform was constructed in 1938 by the local WPA and private donors. Muscle Beach initially attracted young athletes, gymnasts, and some circus and vaudeville performers. The focus was not on weightlifting; rather, the athletes engaged in gymnastics and acrobatics, forming human pyramids and executing tumbling routines. Most famous were the “adagios” during which a man lifted a woman into a “balletic” pose and then tossed her to a catcher. “You didn’t just toss your partner. You sailed her like a kite, and she landed, whether on the ground or in your outstretched arms, like a ballerina.” The adagios became a free show for spectators, bringing in weekend crowds in the thousands by the late 1930s. It was estimated there was a core group of 50-60 performers at this time, called “Tarzans of the sandpile.” Photographs of performers at Muscle Beach gained world-wide notoriety by appearing in magazines and newspapers. Invariably, the Purser also appeared in these photos, gaining world-wide recognition as the setting for the acrobatic entertainment.

Although most regulars who performed at Muscle Beach served in World War II, servicemen continued to work out at the beach, providing a distraction from the war for persistent crowds. At this time, there was also a shift away from acrobatics toward weightlifting and bodybuilding as a spectator sport, marking a change in the perception of physical fitness that was occurring at this time. Muscle Beach closed in late 1958. A Los Angeles Times article described a “morals case” involving five weightlifters and two girls, aged 12 and 14. Some time later, a new Muscle Beach was opened in Venice. Some of the founders and regulars of Santa Monica’s Muscle Beach continued to impact the physical fitness world. Joe Gold went on to found Gold’s Gym, Jack LaLanne became a well-known television personality who advocated physical fitness, Vic Tanny founded a chain of health clubs that appealed to women as well as men, Harold Zinkin created Universal Gym Machines, and Russ Saunders became a top stuntman in the entertainment industry. Between the exhibitions, competitions, and personalities who worked out at Muscle Beach during its heyday, the modern fitness craze was born.

As the backdrop to Muscle Beach, the Purser Apartments has a clear visual connection to it. While there are some references to the Purser as “Muscle House” though the actual “Muscle House” was another apartment building nearby. It is likely at least some athletes also lived at the Purser, including Beverly Jocher, 16, who won the title Miss Muscle Beach in 1952 and other award-winning athletes.

The health, safety and wellbeing of our employees, tenants and guests is our top priority.

Given the recent developments with COVID-19, you may notice some new precautions being taken for the time being. We have decided to take these steps, as our primary concern is the health and safety of our tenants, guests and staff.

We apologize for any inconvenience; however, we feel that these safety precautions are the right decision for our guests’ wellbeing. We look forward to the current issues with COVID-19 clearing up and resuming business as usual.

If you should have any questions, please feel free to contact us.